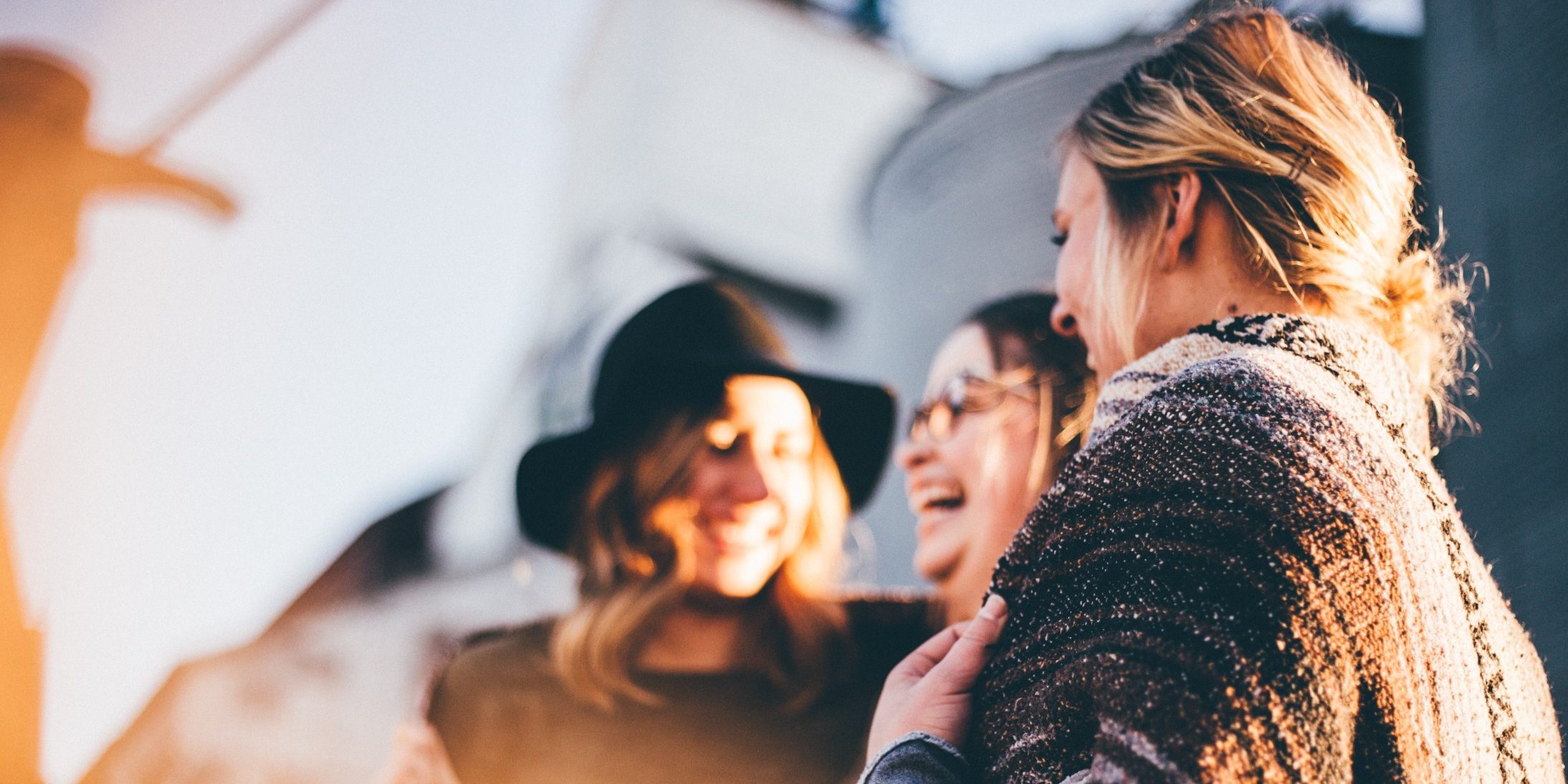 The Case for Shared Leadership (Part 3)

Part Three: Historical Positions of Women in the Church

by Kevin Kusunoki
in Discipleship, Theology
0

DISCLAIMER: The following only represents the views of the author and does not reflect the views of Island ECC.

The first step in demonstrating an acceptance of egalitarian leadership in scripture is to show a historical precedence of women in leadership. In Ephesians 4.11-12 five leadership roles are described with their intended purpose, “So Christ himself gave the apostles, the prophets, the evangelists, the pastors and teachers, to equip his people for works of service, so that the body of Christ may be built up.” Additionally 1 Timothy 3.1-13 describes the role of the overseer and the deacon. Since overseer, elder and pastor are used interchangeably, they are to be regarded as one role.

Therefore six leadership roles are described in the New Testament: apostle, prophet, evangelist, pastor (overseer/elder), teacher and deacon. A case can be made that women served in many of these roles. Particular attention in the following section will be paid to the roles of apostle, prophet, teacher, deacon and pastor.

Therefore six leadership roles are described in the New Testament: apostle, prophet, evangelist, pastor (overseer/elder), teacher and deacon. A case can be made that women served in many of these roles.

No other role in the church is shrouded in as much mystery as the role of the apostle. In a broad sense it encompasses all those who have witnessed the resurrection and were commissioned to preach and make disciples by Jesus (Luke 11.49). Considerable debate has been had about whether only the original twelve were considered apostles or whether it encompassed others. The apostleship of Paul would support the later view. Either way the office of the apostle carried with it greater authority than even elders/preachers, and so demonstrating a woman in the role of an apostle should naturally dispel any notion against women as pastors.

At the end of the epistle to the Romans, Paul indicates two apostles: “greet Andronicus and Junia, my fellow Jews who have been in prison with me. They are outstanding among the apostles, and they were in Christ before I was” (Romans 16.7). If Junia (Ἰουνιαν) is indeed female then it proves that women were recognized as apostles. Additionally, the fact that Paul recognizes her as an apostle speaks great volumes about his view of women in leadership.

However detractors suggest that Junia is actually the postulated masculine name Ἰουνιας which would suggest a male apostle. The name Junia was a very common Roman name and occurred over 250 times in Roman inscriptions whereas the name Junias has never showed up in any inscription. In fact, there are five greek manuscripts of Romans that use the name “Junia” which is clearly the name of a woman. Therefore it is best to understand that the apostles who were “outstanding among the apostles” were Andronicus (male) and Junia (female).

Prophets in the New Testament fit into two categories, the first group were authoritative and functioned similarly to the Old Testament prophets while the second group made no claims of being authoritative but prophesied for the purpose of strengthening the believers (1 Corinthians 14.3).

Women were frequently shown to be prophets. In Acts 21.9 Paul stayed with Philip in Caesarea who had four unmarried daughters who prophesied. While there is no further mention of Philip’s daughters in the book of Acts, they are mentioned by church fathers like Eusebius, Papias and Proclus who attest to the fact that Philip’s daughters continued prophesying in Hierapolis.

Now because these two were listed as a husband-wife duo, some would suggest that it was actually Aquila who taught Apollos and not Priscilla. What must be noted however are the orders of the names, because Luke is very precise in the orders of names in the book of Acts. For instance when Paul and Barnabas were commissioned in Antioch they were listed as “Barnabus and Saul” (Acts 11.30) but when Paul took leadership it became “Paul and Barnabas” (Acts 13.9). Likewise here, when Priscilla and Aquila are first introduced as tentmakers in Acts 18.2, Aquila is named first. On the other hand “when ministry is in view, the order is ‘Priscilla and Aquila’.

This is also the case with the instruction of Apollos, suggesting that Priscilla possessed the dominant ministry and leadership skills of the duo.” (Linda Belleville, Women Leaders in the Bible, 123) This ordering of the names suggests that either Priscilla did the teaching or that she was the more prominent teacher. Regardless of what view one takes, it is hard to deny that Priscilla engaged in the act of authoritative teaching over a man.

In the list of qualifications of a deacon in 1 Timothy 3.8-11 Paul says, “In the same way, deacons are to be worthy of respect, sincere, not indulging in much wine, and not pursuing dishonest gain… in the same way women are to be worthy of respect, not malicious talkers but temperate and trustworthy in everything.” While some translate the word women as “their wives”, the natural translation of the word in view of the context is that Paul is addressing “women deacons”. Paul interjects this address to women right in the middle of his discourse on the qualifications of an elder.

On top of that, Paul introduces Phoebe in Romans 16.1, “I commend to you our sister Phoebe, a deacon of the church in Cenchraeae.” It is interesting to note that in some translations like the NASB and the ESV, the word “διακονον” (diakonon) is translated as “servant”. Every other instance of the word is translated as “deacon”, so the same should be done here in Romans 16.1.

It must be noted that many moderate complementarians affirm that every role except the role of the elder can be filled by women. The specific prohibitions given in 1 Timothy 2.11-15 are to “teach” and “assume authority,” both of which are in the job description of the elder (1 Timothy 3.1-7). Therefore if one holds to a complementarian interpretation of 1 Timothy then women cannot serve as elders. However there is a case to be made in scripture that Paul might be affirming a female eldership.

1 Timothy 5.1-2 says, “Do not rebuke an older man (πρεσβυτερω) harshly, but exhort him as if he were your father. Treat younger men as brothers, older women (πρεσβυτερας) as mothers, and younger women as sisters, with absolute purity. The two words presbytero (masculine) and presbuteras (feminine) are translated as older men and women, but if it is connected to 1 Timothy 4.14 where a body of elders – presbuteroi (plural) – laid hands on Timothy, then there is grounds for translating the two words as male elders and female elders. This admittedly is a less popular interpretation given that the context inclines a reader to see the contrast between older men and women with younger men and women. That being said, it certainly is not out of the question to suggest that Paul here meant female elders.

Summary of Survey of Female Leadership

While the evidence for women serving in the office of elder is not conclusive, there is substantial scriptural support for women serving in every other role. Some of these roles, especially the roles of apostle (Junia) and teacher (Priscilla) involved the exercise of authority and the teaching of other men which was in direct opposition to the commands of 1 Timothy 2.

Moreover, the role of prophet (Philip’s daughters) required women to speak up in church which goes against Paul’s prohibition in 1 Corinthians 14. All of these roles show that while a definitive-historical proof of female eldership cannot be given, the early church had women in leadership that performed functions complementarians would say are not allowed.

In Part 4, we will try to tackle the problem passages of 1 Corinthians 14 and 1 Timothy 2, that are often used against egalitarian leadership.

The first book that Kevin finished reading was in college when he read the Hunger Games by Suzanne Collins. In his free time he enjoys a good cup of coffee and binging "the office". // Favorite book: The Expanse Series by James S.A. Corey

The Case for Shared Leadership (Part 5)

The Case for Shared Leadership (Part 4)

by Kevin Kusunoki
No Result
View All Result